Eduardo «Polo» Román, a former member of Los Chalchaleros, died on Tuesday at the age of 83 as confirmed by relatives. The musician was born in Salta and has lived in Mar del Plata since the 1970s.

Román was born in Cafayate on March 7, 1937. He joined Víctor Zambrano on January 6, 1966, becoming the most memorable civil society in the country.

Román was the drummer of Los Chalchaleros until the end of the last formation in 2002, after 54 years of having forged a national and international career. The artist then pursued his career sololy and participated in different festivals and rocks in the country.

«Mario was a person who never got tired of helping new talents emerge, making available his incomparable skill in the microphone and radio that is heard in every corner of Argentina,» he said. He also accompanied the text with a photo of the last interview the communicator gave the group. 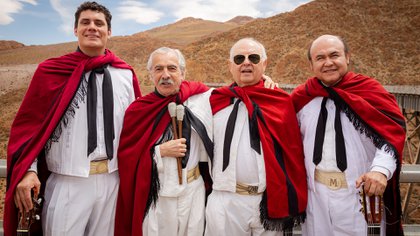 Upon learning of the news of Román’s death, many came to social media to say goodbye. In addition, they agreed that in the face of the loss of the musician, folklore is now in mourning. «He left a great of Salta folklore,» a user wrote on Twitter.